You are requesting information from Mark Zilbert 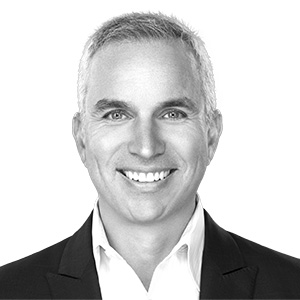 Mark Zilbert is an Executive Vice President at Brown Harris Stevens Miami, focused on real estate sales and the development of state-of-the-art real estate technology programs. Based in Miami Beach, Mark has over 15 years of real estate experience, selling more than $4B, and considered one of the top brokers in the Miami area. He is focused on selling waterfront luxury condos, and his area of coverage spans from South Beach up through Bal Harbour and Sunny Isles Beach. His recent sales achievements include a $10M sale at The Continuum in South Beach, a $9.4M new development sale at the new Oceana Bal Harbour and a $14M new development sale at the Surf Club Four Seasons in Surfside. He has also sold millions of dollars of property at South Beach’s most popular condos including Murano Grande, ICON South Beach, Apogee South Beach, The Continuum, The Setai and others. While he was managing broker of Brown Harris Stevens, he oversaw several record-breaking deals, including Jeff Miller’s $60M sale at The Faena, and Jeff Miller’s $27M sale at The Setai.

In 2017, Mr. Zilbert transitioned from corporate management over to direct sales, and now leads a sales team focused on working with buyers and sellers from Miami and around the world. Mark and his team are fluent in English, Spanish, Portuguese, French, Italian, German, Arabic, Hebrew, Russian, Mandarin, Korean and Japanese.

Mr. Zilbert founded Zilbert Realty Group in 2003, which joined forces with New York based Brown Harris Stevens in 2015. Mr. Zilbert is well-known as the inventor of the award-winning website (Zilbert.com), which is visited by over 50,000 people each month. It is one of the most-used real estate websites in the Miami area. A second site, focused on Brown Harris Stevens in Miami (BHSMiami.com) is also now online, and is based on Zilbert.com technology.

Mark Zilbert was born in Montreal, Quebec (Canada), and spent many years in project management, then sales of emerging technology products. In the late 1990's, Mr. Zilbert turned his focus to web and internet strategy, and learned how to integrate web technologies into otherwise traditional business models. So, in 2003 when Mr. Zilbert started his real estate career, technology played an important part in establishing a web-based real estate practice. Today, Zilbert combines the web with his traditional real estate practice services, to offer customers the ability to interact with the Zilbert team in the ways that are most convenient for them.

Here is a list of Mark's most recent property sales, with the most-recent ones showing first. You may resort the list by clicking on any column.